Viewing posts from the News category

A recent article in The Guardian by architect turned critic Oliver Wainwright suggests Manchester’s skyline is akin to “something you’d see on the outer ring road of a third-tier Chinese city.”

Harsh words indeed. Or maybe not. If taken in context of where the city stands today, perhaps this is more of an indication that things are moving – fairly quickly – in the direction they need to go, rather than a criticism that stands up to scrutiny.

Despite all the investment and seemingly endless number of cranes rising from the ground, Manchester city centre still has a relatively small residential population of somewhere between 35,000 and 65,000 depending on where you draw the city’s boundary.

However, compared to 1996 – the date that most seem to agree kick-started the city’s regeneration – that is a huge number.

And, according to one of the region’s most prolific architects, Ian Simpson, the vision is for 200,000 people to one day call the city their home. Quite a leap from the 400 or so who were pottering about before the fateful day Manchester’s heart was attacked by the IRA bomb.

Further criticisms of Wainwright’s include Manchester’s perceived lack of affordable homes and the feeling that Manchester is losing its identity as tall building follows tall building with the Council putting developer profits ahead of social responsibilities.

Mr Leese has pointed to the fact that Manchester’s Residential Quality Guidelines, drawn up in 2016, are the most demanding design, space and sustainability guidelines of any city in the UK.

Furthermore, he points to Manchester’s target of achieving 6,400 genuinely affordable homes by 2025, including “a good chunk” of social rented housing.

For many years Manchester has faced similar criticisms of gentrification and its new residential property not being affordable to ‘local’ people.

There is almost an underlying feeling that Manchester in some way only ‘belongs’ to those 400 people who found themselves living in the city centre back in the 1990s.

Why is it so bad that a city that which wants to compete at the world’s top table for investment wants to attract new lifeblood into its arteries?

Manchester has a track record of welcoming ‘incomers’. In the words of Mr Leese, “a diverse city made great by our openness to anybody in the world who wanted to do things here.”

Young professionals moving into city centre apartments, working to boost the region’s economy are no less ‘Manchester’ than the night time economy’s service workers who made up a large proportion of the feted 400.

Manchester has to appeal to all sections of society in order to attract the people it needs to grow. Once they have arrived, and encouraged to participate in all the city has to offer, the positive knock-on effect for the region as a whole will be significant.

Many of the new apartments are, in effect, the new workers’ homes that will help the city thrive throughout its next generations.

In my opinion, Manchester must unshackle itself from the limitations of its heritage, whilst not forgetting its history.

Only by doing so will it take the next step and move nearer the inner ring road of a truly world-class city.

Two More Property Briefs for LAW OF THE FEW

LAW OF THE FEW has added two high profile property clients to its roster.

The agency has been appointed by Mulbury Homes to support the marketing of its flagship Manchester city centre apartment development Excelsior.

LAW OF THE FEW has also been briefed to raise the profile of global property agency Salboy International, particularly to the international property investment community.

Jill Burdett, co-founder and director of LAW OF THE FEW, said: “Excelsior Building has the potential to be the number one choice for local owner-occupiers looking for a city centre apartment and the history and heritage of this former Castlefield book printing and binding site will make it a fascinating project to publicise.

“Salboy International is already disrupting the global property sales market from its Manchester and Hong Kong offices and having proved its model marketing its own Manchester developments, such as Blackfriars, across the world is fast coming to the attention of developers and investors alike.

“Enhancing the visibility of Salboy International to a global audience will be a rewarding PR brief.”

It has come full circle for LAW OF THE FEW directors Jill Burdett and Dan Gledhill after their property PR agency was appointed to supply residential property copy for the Manchester Evening News.

The pair first worked together on the MEN’s ‘HOMES’ residential property supplement back in 2002.

As a specialist property agency, LAW OF THE FEW now provides content for MEN Property on a retained basis.

Director Dan Gledhill, said: “The Manchester Evening News has always been at the forefront of residential property news and remains the country’s most popular regional online newspaper.

“Residential property news is just one of the reasons the MEN continues to grow its number of web users, with readers keen to hear about the latest new developments and trends in the property market affecting all areas within Greater Manchester.

“Being a specialist property agency we were ideally positioned to supply interesting, informative and engaging property content to the MEN and we look forward to helping the MEN continue to build on its impressive property readership.”

If you have a property story you think would be of interest to the MEN readers email details to dan@lawofthefew.co.uk

Three New Account Wins For Law Of The Few

Manchester property PR and marketing agency LAW OF THE FEW has picked up three new accounts.

Developer McCauls briefed LAW OF THE FEW to launch and market Warehaus Ancoats, a development of 32 apartments and townhouses within a warehouse conversion and part new build aimed at local owner occupiers.

The agency has also been appointed by hotel, leisure and care specialist property consultancy Jenics to profile major deals in these sectors.

Dan Gledhill, joint managing director of LAW OF THE FEW PR, said: “Jenics has been instrumental in securing a staggering series of deals in the hotel and leisure markets, not only in Manchester and the North West but across the UK.

“We’ve been amazed at how many national leisure brands have been able to successfully expand their businesses following insight and advice from Jenics and there are even more exciting deals in the pipeline.

“Slater Heelis fits perfectly into our client portfolio with the firm having a particularly strong commercial property department split across their city centre and Sale offices. The firm is also currently advising on deals that will bring thousands of new residential units into Manchester.

“Warehaus Ancoats is another great brief to promote the innovative re-use of one of Manchester’s important heritage buildings and expand this growing neighbourhood.

“We were sold on the passion this family business has to convert the former German toy factory situated in the Ancoats Conservation Area into stylish new homes aimed at owner occupiers.”

LAW OF THE FEW was established in 2016 and specialises in property, professionals and place making PR and marketing.

Since 2010, UK Property Professionals has run more than 200 events across the UK, attracting more than 10,000 attendees and last month hosted its first property finance conference in Manchester, having recently opened a new office in the city.

Now firmly established as one of the leading property networks in both London and Scotland, the free membership organisation is looking to further strengthen its presence across the Northern Powerhouse cities of Manchester and Liverpool.

Law Of The Few will help raise awareness of the group’s online community, its extensive programme of events, conferences and networking forums and help build and share the bank of property research available to members.

Dan Gledhill, joint managing director of Law Of The Few said: “UK Property Professionals’ ethos is simply about building connections which fits perfectly with what our agency is about.

“We’re looking forward to help bring together more of the UK’s network of property professionals and business media to share knowledge and collaborate on exciting new projects.”

Mark Antscherl, CEO and founder of UK Property Professionals, said: “As a deal focussed community we wanted to work with an agency with connections in both the residential and commercial sectors.

“Law Of The Few has the skills and experience to raise our profile and help our members create even more business opportunities.”

First up was a double page spread interview piece for Wayne Hemingway in The Sunday Times talking about why he chose his old home town for his ambitions new development. 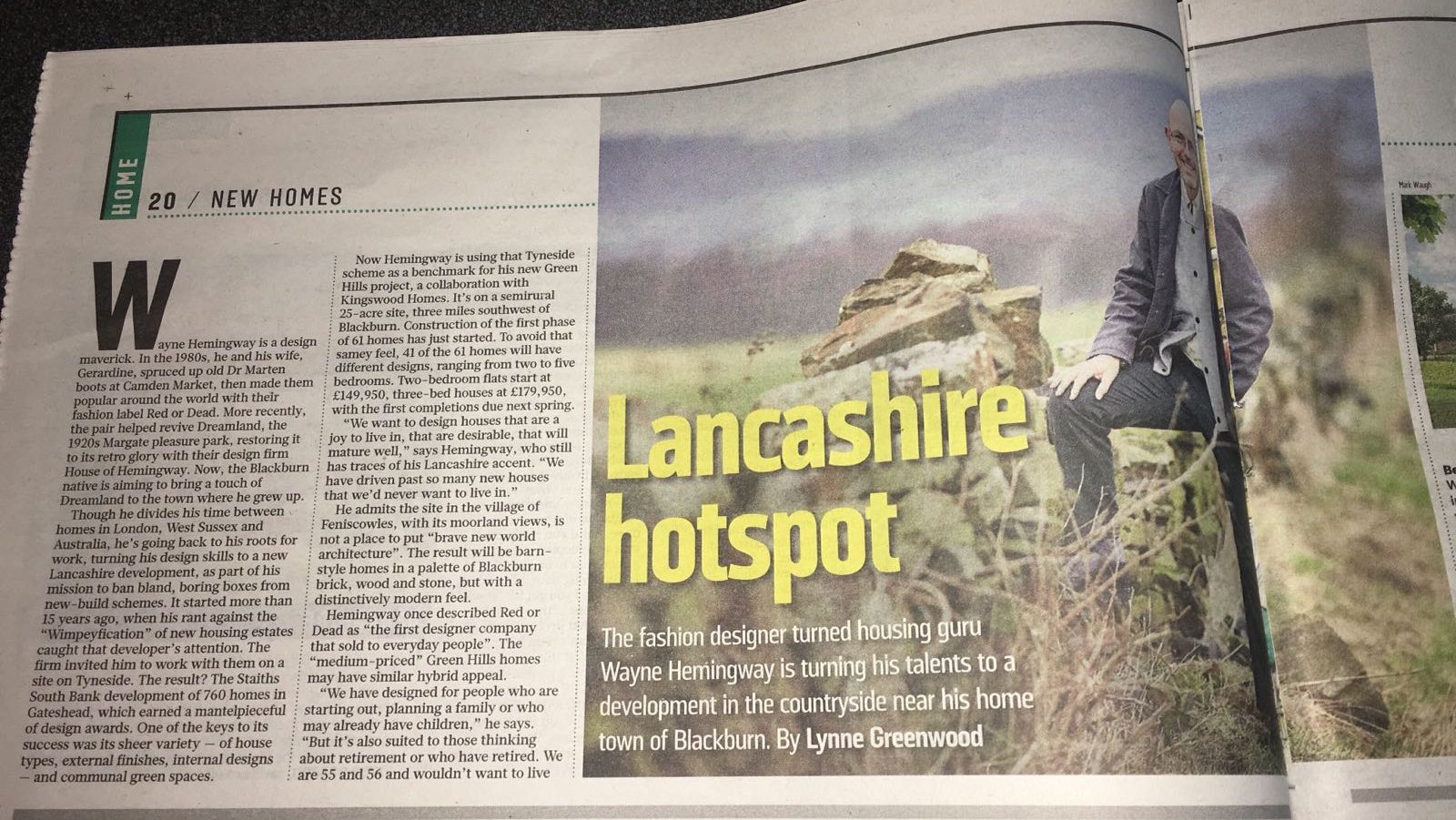 This was closely followed with a positive piece in The Sun’s property column which described the development as “spectacular.” 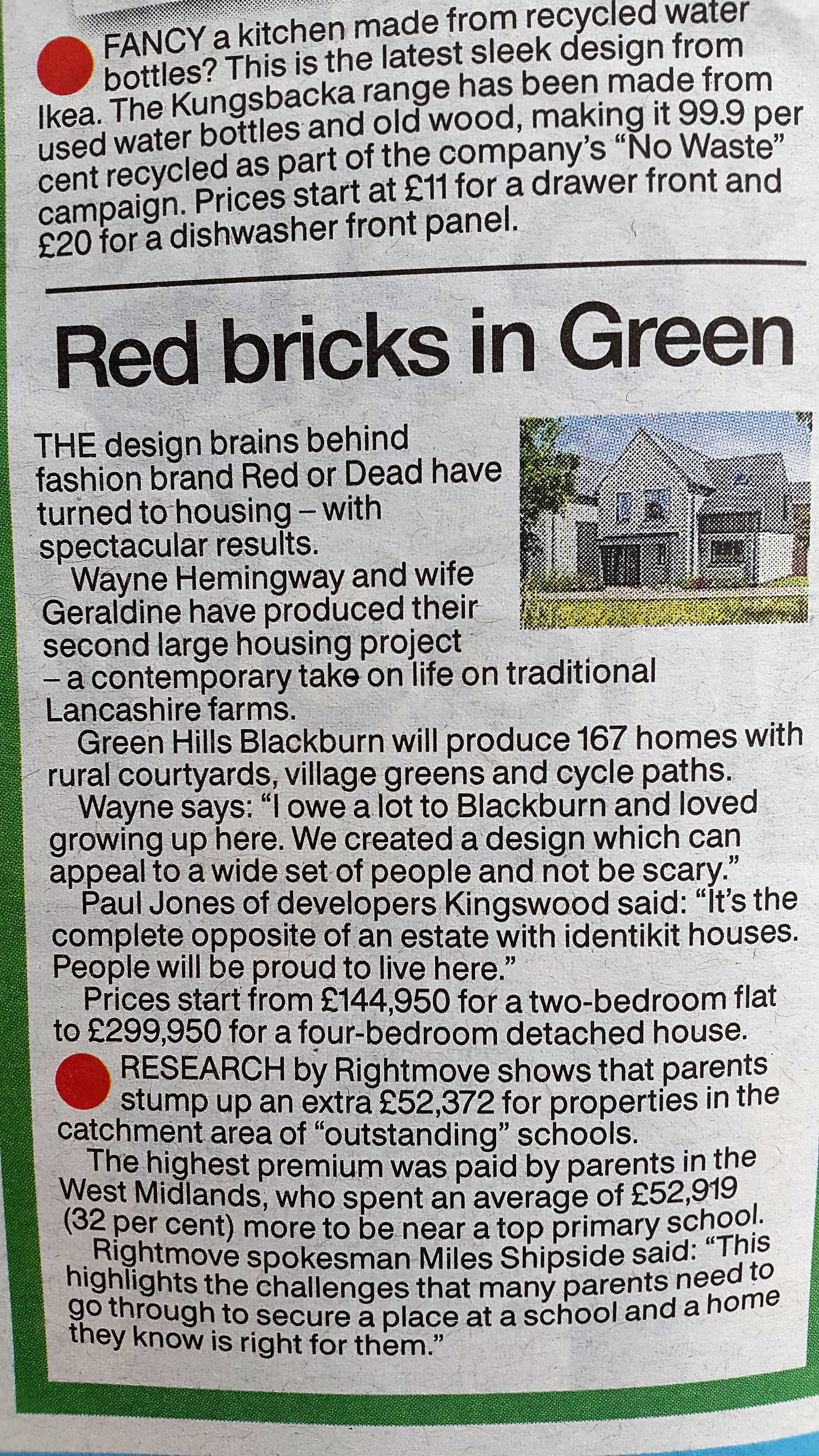 Third up was a full page interview for Kingswood Homes MD Paul Jones and Wayne Hemingway in The Express which included a link to the development website, prices and a sales number. 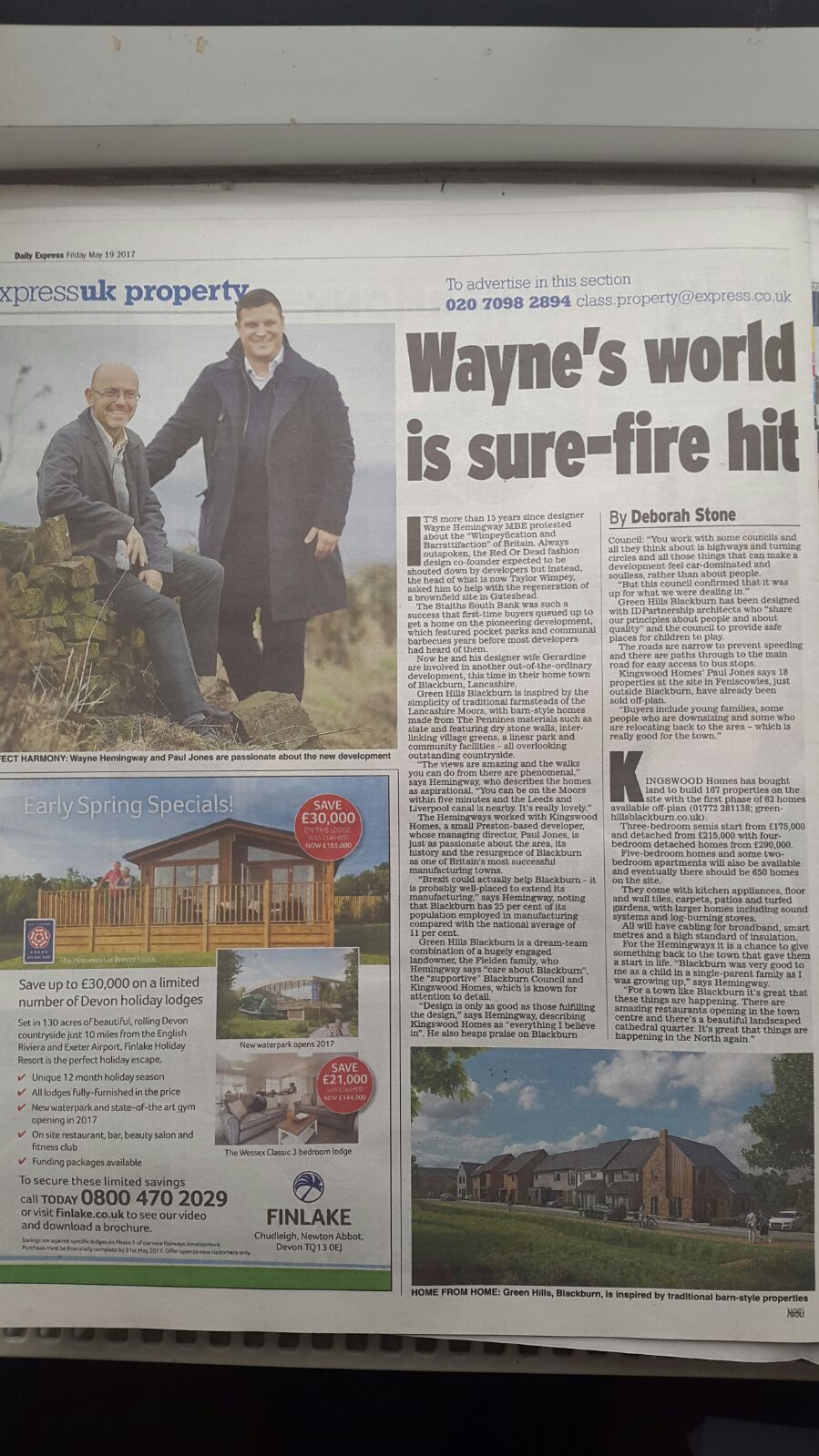